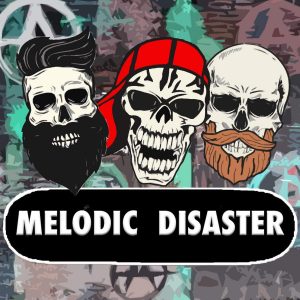 This is the debut release from the recently-formed outfit, with Jon (ex-Zero Negative) taking up lead vocal duties as well as the four strings.

Social commentary, primarily about the actual scene the band are in and experiencing right now, is the order of the day here. This is no thrashy all-out-attack. Taking their cues from over the pond, Melodic Disaster punch out five tracks of “what it says on the tin” melodic punk.

It’s another fine example of what’s coming out of the North East and well worth a listen and at £3 for the tracks, it’s not going to burst the bank either.

Catch them around the region when they play – you’ll not be disappointed.

Serial Bowl Records SBR019 So it’s come at last. After a false start earlier in the year, which resulted in the scrapping of a complete album already recorded, the band re-recorded it all and this […]

Hailing from Derbyshire, UK, Last Generation are a new band that have just released their debut EP. With the age range of the members being a mere 13-17 years of age, it’s pretty fair to […]

[SERIAL BOWL RECORDS – SBR008] Sunderland’s Zero Negative have been likened to Raw Power and after hearing these 2 EPs from them, I can see perhaps how that comparison is well-founded. Not a direct rip […]