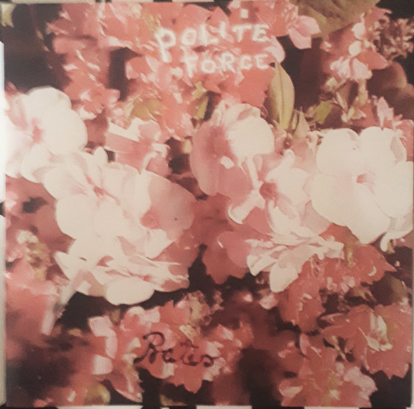 Polite Force came in being in Finland back in 2008. There has been little output from them in 11 years – a single, one full-length album and a split album – but with “Bates” they have come up with a real winner here and I think once people hear this they will demand a LOT more from the band.

Steeped in the splendour of a 90s Sub Pop landscape, Polite Force have forgone the digital approach and recorded in analogue, with a production that matches that 1990s vibe perfectly.

That glorious mix of avant garde almost psychedelia in feel, together with a raw energy and downright brute force in places, the band craft a precision path through genres like an explorer would through a dense forest.

With “Serious as Sirius” being very reminiscent of Nirvana in places and other tracks having that clockwork grunge repetition punctuated by extended note holding that sums up what 90s rock was all about. “Bates” holds its own and exposes an otherwise forgotten genre to whole new audience. The album’s closer – “Bait” – being a prime example.

Another great catch by Serial Bowl Records, who go from strength to strength locating acts that bring great music to the listening public.

CHAOS CONTROL – CC005 Timely reissue of this CD, which originally came out on FLAT EARTH records back in 2003. It includes such monsters as their ‘Monuments’ lp (originally released by Flat Earth back in […]

The Barnsley based, “dark punk” lads are on the upward path, and clearly their star is in ascendance. Over the last couple of years they have steadily gained a reputation as being one of the […]

[Self-Released] The first full-length from Leeds’ Cool Jerks is a real joy to behold. Having apparently been on a diet of DIY Hardcore, this slower=paced approach is a breath of fresh amidst all of the […]